What kinds of backup schemes are available for MPLS VPN?

MPLS VPN is a stable LAN line, which is widely used in domestic group enterprises and many multinational enterprises due to its superior performance and high reliability. Then how should MPLS VPN consider the backup scheme?

The birth of MPLS technology has been more than 10 years, during which many enterprises choose to upgrade from traditional SDH lines to manageable and flexible MPLS schemes. However, considering the continuity of data and business, we have to consider the backup scheme for enterprises, especially their core data centers. 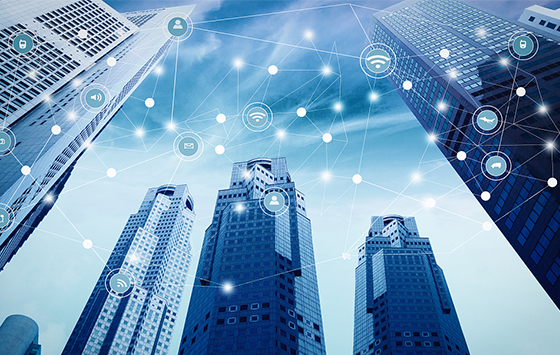 What kind of MPLS VPN has a backup plan?

The backup solution, in fact, a 50 m MPLS VPN line and another 20 m line, two lines are redundancy, belongs to the hot backup, actual bandwidth for a 50 m, a 20 m is UP, the actual bandwidth available for 70 m.

This way we habitually called the Local loop, single way of CE backup.

Refer to the above case, the enterprise is actually two local lines on access to a router, only do the redundant lines, and didn't do redundancy of the equipment, also belong to the hot standby, but bandwidth for 50 m, another 20 m line only in the case of 50 line interrupt to be enabled.

The above two ways for the enterprise data center, corporate headquarters (such as ERP/SAP important server) to take more, according to our information, considering costs most of the companies would consider second way backup, core important node backup will consider the first kind of way, but the bandwidth of the backup will have difference.

The bandwidth of the same is 50 m, for example, will consider a 30 m line and another 20 m line, double the CE method for backup. Total bandwidth is 50 m, once one of the lines have a problem, at least can ensure that there is a backup bandwidth of 20 m.

But double CE solution to enterprise's internal requirement is high also, this also must be considered.

This way we used to call the Local loop, single way of CE + IPSEC backup. This way, the router will need to add a boards, local enterprises have for the Internet.

Refer to previous cases, 50 m local line as the main line, 20 m IPSEC as a backup line, once the line is interrupted, the backup route based on local Internet and service platform for the VPN IPSEC connection is established, through the LAN to communicate with other subsidiaries.

This scheme is relatively simple operation, and the cost is low, so a lot of companies are like this way, not just headquarters, business branches also consider this way.

Is carried out in many cases, we generally domestic enterprises will be preferential access to the Beijing, Shanghai, guangzhou, shenzhen and other IPSEC platform backup; Some overseas users will priority access platform backup, such as Singapore, Japan and Hong Kong through the services of MPLS backbone.

MPLS VPN as a kind of mature IT special line scheme, because its a SLA guarantee, and preferred by a great number of IT. One is for network availability commitment.

Service providers to POP to the POP network availability is: 99.99%

According to this commitment, the possibility of network outages basically is extremely low, if the enterprise consider backups, end-to-end network availability is as high as 99.99%, belong to the stable reliable level completely, choose the private network, MPLS VPN way to form a group is your choice is worth considering.