Five kinds of mistakes on enterprise network of MPLS-VPN 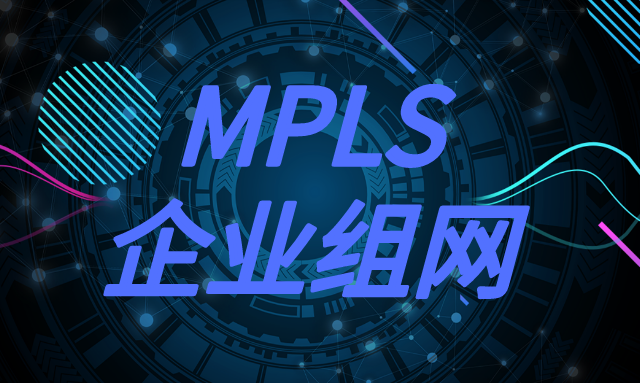 Over the years, MPLS VPN - has been the enterprise network and skills. Although the capital is relatively high, but it can supply the performance of the SLA support required in use today. Although it is located the legendary status, but develop every legend myth. Let's take a look at the five myths about MPLS.

Five kinds of mistakes on enterprise network of MPLS, VPN

Myth 1: about the enterprises who need high availability, MPLS VPN is required

Network is famous for high normal operation time, but when need high availability, it is not the only option. SD - WAN is a kind of flexible solution, low capital Internet transmission can be integrated into the virtual WAN connection. Using multiple link and the additional functions, such as load balancing, and circuit operation condition and performance of real-time monitoring, SD - WAN to end today's enterprise required high availability. By using multiple circuit is high availability is very good, but the SD - WAN can hybrid circuit types such as optical fiber and 4 g, to ensure the physical redundancy.

Myth 2: the whole network need to use MPLS VPN to build

Companies are now using cloud use the program in order to visit and reduce the capital. But these use the program is located outside the corporate network, MPLS network connection to the cloud. About invested heavily in the current MPLS VPN infrastructure - the company, to the mix method and add the SD - WAN, cloud visit to supply improvement. Vice President of IDC network infrastructure Rohit Mehra pointed out that "SD - WAN for enterprises to adopt or are adopting a hybrid cloud is particularly important, especially for those using SaaS service enterprises."

Using SD - WAN MPLS VPN - expand another scene, is to open a new office or migrated to a new location. Supply new MPLS circuit is very slow, SD - WAN can be used to need flexibility. If capital is a problem, it is also applicable, because the SD - WAN deploy capital may be lower.

On their own, MPLS VPN - do not use the security agreement. Ann is based on the full completion of VLAN, MPLS VPN - is a Shared medium on the skills, the customer flow in its own VLAN mark. They don't simply by various Internet attack, because hackers can not come into contact with them, that's why they were thought to be safe. However, due to traffic is being sent in the clear, so they are very simple be eavesdropping. Now, a lot of MPLS clients are added the VPN encryption to protect the network. MPLS VPN will not prevent malicious software communicate between MPLS connection site. In most cases, MPLS VPN configuration will flow reverse transmission to the data center, and rely on the firewall to supply security of the data center.

Myth 4: MPLS VPN - is the network choice of our country enterprise only

Many people think that MPLS VPN is the only way out. In fact, the VPN is still an option, but the connection must be officially registered in the government. MPLS is an alternative, but in our country, the supply circuit may require months or even years to end.

After our government approval and registration of SD - WAN supplier can supply and the cohesion of our country, without the capital of MPLS and lengthy configuration process. SD - WAN also means cohesion not be blocked by the "great firewall" in China, "firewall" in China was infamous for his guilt of packet loss and delay to create problems.

Myth 5: MPLS is the only choice of global network

SD - WAN skills have been emerging from 2018 into the mainstream. According to research firm IDC data to the SD - 2018 WAN revenue will reach $2.3 billion, will exceed $8 billion by 2021. But some people think that SD - WAN is just a regional solution. Because there are many no predictive use public network to connect.

About, however, has a dedicated backbone of the world's supply of SD - WAN shang, situation is not the case, to ensure that the flow in the global scope optimize and safe delivery. About to visit cloud resources global users, SD - WAN also have the advantage of better than that of MPLS. Because as long as the MPLS backbone network, users return to the corporate headquarters, then to the cloud cause long time delay, or as they pass through the public Internet to visit cloud resources, and then lead to extra security infrastructure capital increase. With the help of SD - WAN infrastructure in the world, users from all over the world can be used from the backbone to visit cloud applications and other enterprise resources, and expect high end connection.